A friend asked me this past week what I do when I hit that wall we call “writer’s block.” She was really referring to writing poetry, but that block hit me recently with blog posts. I had some ideas, but couldn’t get anything started.

Back in the 19th century, poet Samuel Taylor Coleridge described an “indefinite indescribable terror” at not being able to produce work he thought worthy of his talent. He also claimed that French writers created this idea that all writers have to suffer to write.

I had bookmarked an article by Jennifer Lachs about writer’s block, so I decided to read it and write about not being able to write. Of course, the block can also be a creative block that goes wider than just writing.

The article quotes playwright Paul Rudnick who says that “Writing is 90 percent procrastination: reading magazines, eating cereal out of the box, watching infomercials. It’s a matter of doing everything you can to avoid writing, until it is about four in the morning and you reach the point where you have to write.”  You have to write?  Unless you’re on deadline, no one has to write.

A dictionary might define writer’s block as “a psychological inhibition preventing a writer from proceeding with a piece.” Is it psychological?

Fire Up Your Writing Brain, author Susan Reynolds turns to neuroscience to turn on the brain’s creativity for writers in particular.

Reynolds actually claims that it being a psychological condition is a myth. (Others disagree)  She feels the brain can be used to generate that creative spark and defeat the  procrastination that we call a block.

Her approach includes some self-study about the type of writer you are, and  developing writing models.

A believer in neuroplasticity, she says you can hardwire your brain for endurance and increased productivity.

Arguing about whether writer’s block is a real psychological issue or a romantic term coined by writers won’t help you if you hit a block.

Why do you get blocked?  I found several lists online. Some items resonate with me, some do not.

Is it fear of failure or rejection? Are you such a perfectionist that you can’t get started? Certainly many of us are our own toughest critics. All of these are fear in some way.

If you really have to write because it is your work or you have a deadline to meet, that pressure can block people. 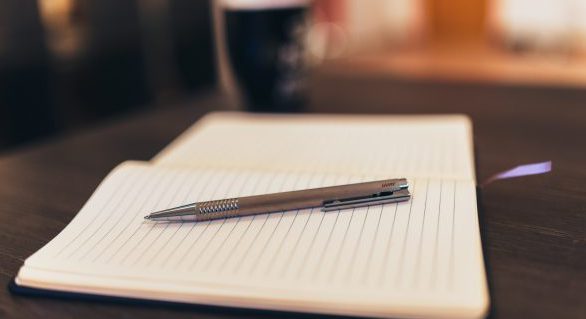 The solutions are even more numerous than the causes. Feeling blocked? Try these block breakers. Do some exercise. Take a walk. Do something aerobic.

I have often heard that you should do something completely different from the task at hand for a bit. That sounds like procrastination, but switching tasks just for a short time might reset your brain. make a cup of tea. Try drawing something. Einstein famously would pick up his violin and play some Mozart when he hit a creative wall.

You can combine several solutions – take the dog (or just yourself) for a walk. That is exercise, a different task and also a change of scenery. Cook something, rake some leaves, sew, knit, sculpt,  do some woodworking, paint a wall or a landscape, chop some firewood.

Some current research finds that doing something with your hands when you are blocked in your brain.

If that seems too much like procrastination, for writers, free-writing can be a block breaker. Writing without rules, about whatever pops into your head can let the imagination free. I’m not good at this. I tend to keep drifting in my writing back to the task.

It is also recommended that you block back. Get rid of distractions – not an easy task in this distractible times.  Certainly email, social media, 24 hour news and movies on your phone can take you away from your writing. I think this is a mythical solution. As much as I would love a cabin out in the woods for a writing place, I could see me sitting there unable to write and distracted by rabbits and a river.

It bothers some of my writer friends but I rarely ever feel blocked. One of my methods is keeping notebooks full of ideas, a note on my phone where I list one-liner poetry ideas (there are 133 there now) and usually a few blog posts in draft mode that I started and stalled on.

Maybe it is a time-of-day, circadian rhythms issue for you. Are you more productive at certain times? I write best in the morning and at night. Afternoons, not so great. But if I am banging up against that block at 9 a.m., I might do something else and come back at 3 p.m.

Recommendations often say that binge writing is not recommended. Smaller sessions are better. John Updike, who was very productive, treated his writing like a regular job. he went to an office and didn’t let himself out for lunch until he had produced a certain amount of writing. It might be a poem, a few pages in the novel or even answering mail.

Poet William Stafford was famous for writing a poem every morning when he woke and before breakfast. How did he do it? He admitted that he lowered his standards. It was a case of progress, not perfection. Perfectionism is a block builder. I followed that philosophy when I did my poem-a-day project 365 times in 2014. It works.