The Tenth Muse Lately Sprung Up in America 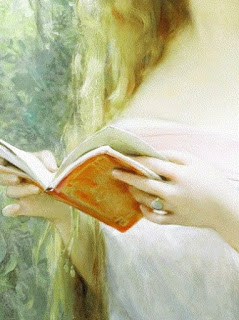 Today is the day in 1672 when America’s first published poet died. That was Anne Bradstreet.
She married Simon Bradstreet when she was about 16 and left England with him two years later, in 1630, as part of the Massachusetts Bay Colony that eventually settled in Andover, Massachusetts.
Anne raised eight children. In her few free minutes each day, she wrote poetry for her family and close friends.
It has been almost 400 years since she was writing but the idea of a mother writing in her precious free time is not an outdated story. We still fairly regularly hear of women who have written a novel or their poetry in those early morning, naptime, schooltime and late nigh quiet minutes.
Anne wrote about her husband, her children, and God. I like her later poems which were shorter and more about daily life. She wrote about how she feared childbirth, the fire that destroyed their home, her discontentment with a Puritan woman’s life, and later, the death of her granddaughter.
I wonder what she would have written if she felt free to write her innermost thoughts. I wonder if she did write those poems but that they were hidden away or destroyed by someone.
She didn’t know it but her brother-in-law took her poems to England where they were published. The British publication was titled The Tenth Muse Lately Sprung Up in America, By a Gentlewoman of Those Parts (1650). The introduction notes that “These poems are the fruit but of some few hours, curtailed from sleep and other refreshments.”
It was Anne’s only poetry published in her lifetime and it was the first published work by a woman in America, and it was the only volume of her work published during her lifetime.
In Adrienne Rich’s foreword to an edition of Anne’s poetry, Rich portrays Anne as a person and as a writer and as an early American feminists, as well as the first true poet in the American colonies.
I have written about Anne here before. It’s not so much her poetry that interests me, but her life and the parts of it we will never know.
Visit our website at poetsonline.org

Published in Anne Bradstreet and women

More from womenMore posts in women »