Stopping by Woods on a June Morning 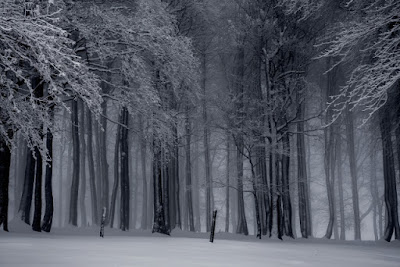 It was a warm June morning in 1922 in Shaftsbury, Vermont when Robert Frost sat down at his dining room table and wrote “Stopping by Woods on a Snowy Evening.” It became one of his most famous poems.

The house was surrounded by seven acres of land, old stone walls, a barn and some heirloom apple trees that would all figure into Frost’s poems.

“I have moved a good part of the way to a stone cottage on a hill at South Shaftsbury in southern Vermont on the New York side near the historic town of Bennington where if I have any money left after repairing the roof in the spring I mean to plant a new Garden of Eden with a thousand apple trees of some unforbidden variety.”

Frost’s Dutch Colonial stone house was built in 1769. After leaving his teaching post at Amherst College, he moved his family there with plans to be an apple farmer – a profession that he found better suited to writing.

It must have worked as the family lived there for 9 years, and he won the first of his four Pulitzer Prizes during that time. I think it is interesting that it was a June day and not a snowy, winter night, when Frost sat down to write “Whose woods these are I think I know.” He was probably recalling a ride through those snowy woods. Maybe the apple blossoms were falling like snow as he walked his property. He said that the poem came to him like a “hallucination.”

His poem has been analyzed (and over-analyzed) for almost 100 years. I still recall a high school English teacher telling us “it’s really about suicide and death.” I doubted that interpretation then, and I still question its validity. But that final repeated line, “And miles to go before I sleep” may be one of the best-known lines in poetry for the average American.

On this early June day, perhaps you should sit down under some blossoms and think about what happened to you this past winter and write that poem.

Frost’s little house is now a museum. He gave the house to his son and moved to a farm across the road. His son struggled with depression and took his own life at the house in 1940. The house stayed in the family and later was privately owned, but opened as a museum in 2002, and Bennington College acquired the house from the nonprofit Friends of Robert Frost in 2017.   bennington.edu/robert-frost-stone-house-museum

Published in home, Robert Frost and Stopping by Woods on a Snowy Evening