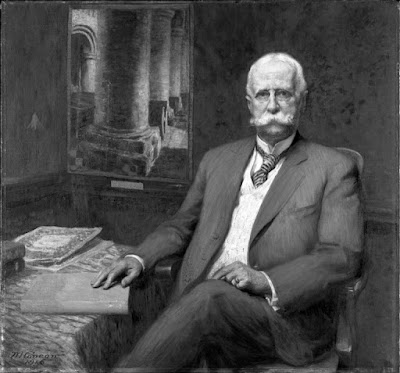 I had Billy Collin’s warning about some classes in “Introduction to Poetry” when I encountered an article titled “How to read poetry like a professor.”

It turns out that the author of the piece, Thomas Foster, is a retired professor of literature who has made a side career by writing instructive books about how we ought to read. (He’s not the old professor illustrated above.)

Foster, like many of us, couldn’t quite get a “handle” on poetry in elementary school. But, as a teenager, he encountered with the poems of Lawrence Ferlinghetti and it turned around how he read poems.

Billy Collins shares that Ferlinghetti connection. In Collins’ poem “The Trouble with Poetry,” he says that reading poetry makes him want to write poetry and fills him with a “longing to steal.”

And what an unmerry band of thieves we are,
cut-purses, common shoplifters,
I thought to myself
as a cold wave swirled around my feet
and the lighthouse moved its megaphone over the sea,
which is an image I stole directly
from Lawrence Ferlinghetti —
to be perfectly honest for a moment —

the bicycling poet of San Francisco
whose little amusement park of a book
I carried in a side pocket of my uniform
up and down the treacherous halls of high school.

Foster’s article is taken from his latest how-to-read book which, thankfully, does not suggest (as Collins warned):

tie the poem to a chair with rope
and torture a confession out of it.

They begin beating it with a hose
to find out what it really means. 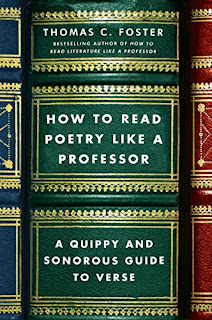 I am not so sure that this is so much how to read “like a professor” as much as it is simply how to read a poem. But it is instructive in correcting some of the ways that some students might misread a poem.