Prompt: The Personal and History 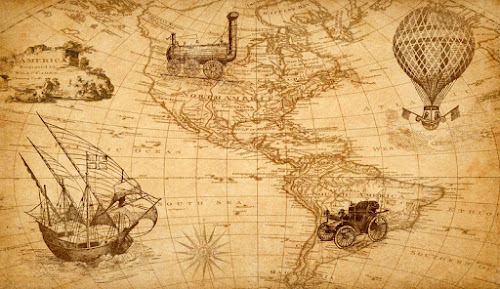 In a poetry workshop I had with Thomas Lux, he said “All poems are ars poetica.” I know Lux didn’t mean that literally, but many poems are about poetry in some way. Former Poet Laureate Robert Pinsky said, “All of my poems are about history.” I wonder how literally he meant us to take that statement.

History can mean the whole series of past events, but those events are always connected with someone or something. Look at some of Pinsky’s poems, such as “Shirt,” or “From The Childhood of Jesus,” and you know those poems are about that larger history.

Stanley Kunitz at age 95 became our tenth Poet Laureate in 2000. I have heard him read his poem ” Halley’s Comet,” with the energy of that young boy who is thrilled and frightened on the rooftop. The poem takes us from the ground, up the stairs, onto the roof and, as he calls his father, the reader rises into that starry sky. (Kunitz’s father committed suicide before Stanley had the chance to know him.)

What I like about Kunitz’s poem is that it mixes the historical appearance of the comet in 1910 with his personal history and also some of his family history. (Halley’s comet will next appear in the night sky in the year 2062

For this month’s prompt, select a historic event as the starting point for a poem. Do not write only about the event, but also on your personal history and your connection to it. Is there an event that triggers a personal history because of when it occurred? The history lesson here is personal.

Watch and listen to this video where Kunitz talks about history and his poetry. This Bill Moyers video was recorded at one of the Dodge Poetry Festivals in New Jersey where I heard him read “Halley’s Comet” and many of his other poems.

Published in prompts and Stanley Kunitz