May 17, 2019
Follow your inner moonlight; don’t hide the madman. – Allen Ginsberg
Fly me to the Moon,
let me play among the stars
Let me see what spring is like
on Jupiter and Mars
– Bart Howard

Earth’s Moon is 225,745 miles away, yet we have always felt very close to it. The earliest poetry used the Moon for inspiration and its attractions has never waned.

Have you heard the phrase “waxing poetic?” As with the Moon, when we “wax” we grow, become, get, or turn. In the Moon phases, between new and full a progressively larger part of the Moon’s visible surface is illuminated and it appears to increase (wax) in size.

Those phases of the Moon are often compared to phases and cycles of people, both mental and physical. The constant of the Moon is that it is inconstant.

O, swear not by the moon
that inconstant Moon
that monthly changes in her circled orb
lest thy love prove likewise variable.
– Romeo and Juliet, William Shakespeare

The new Moon, when the Moon is essentially hidden, is also known as the Dark Moon. In the Druidic calendar, the night of the Full Moon is considered a time of rejoicing, and the night of the New Moon is a solemn occasion, calling for vigils and meditation. To the Druids, the new moon represents total feminine energy and an absence of masculine energy.

Everyone is a moon and has a dark side
which he never shows to anybody.  –  Mark Twain Pudd’nhead Wilson

Moon lore comes in many forms. There are the beliefs/superstitions, such as thinking that good luck will come your way if you first see the New Moon outside and over your right shoulder. To see the crescent Moon over the right shoulder was considered lucky, but seeing it over the left shoulder was unlucky.

To get rid of warts, take a slice of apple and while looking at the New Moon, rub the flesh of the apple against the wart and say: “What I see is growing, What I rub is going.”  Bury the piece of apple. As it rots, the wart will disappear.

The moon for all her light and grace
has never learned to know her place.  – Robert Frost

The Moon lent its name to other names. In medieval Europe and England, “Moon’s men” were thieves and highwaymen who plied their trade by night. The more current term, “moonlighting,” is similar, originally meaning to hold down an additional night job.

And we have given the Full Moons many names. This month the Full Moon is on May 18 and it can be called the Flower Moon, Corn Planting Moon, Grass Moon, Milk Moon, Planting Moon, the Medieval Hare Moon, Buddha Full Moon , Moon When Frogs Return and many other names based on cultures and geography.

Most people know that it was once believed that the Moon (especially  Full Moon) could cause madness. In German, mondsüchtig, which can be translated as “lunatic,” is literally “addicted to the moon.” 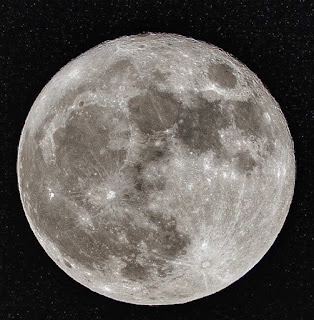 There is no shortage of Moon poems. Some are traditional in their approach.

To the Moon by Percy Bysshe Shelley

Art thou pale for weariness
Of climbing heaven and gazing on the earth,
Wandering companionless
Among the stars that have a different birth, —
And ever changing, like a joyless eye
That finds no object worth its constancy?

But some poems use the Moon in other ways.

“The Moon and the Yew Tree” by Sylvia Plath is one of a group of poems that was published in The New Yorker in August 1963, six months after her death.

The yew tree points up. It has a Gothic shape.
The eyes lift after it and find the moon.
The moon is my mother. She is not sweet like Mary.
Her blue garments unloose small bats and owls.

If the moon smiles, she would resemble you.
You leave the same impression
of something beautiful, but annihilating.
–  Sylvia Plath, “The Rival“

Folklore about the Moon is interesting, but so are facts about the Moon. The footprints left by the Apollo astronauts will not erode as they would on Earth since there is no wind or water on the Moon and should last at least 10 million years. If you weigh 140 pounds on earth, you would weigh 23.240 lbs on the moon.The moon is 225,745 miles from earth.

Our prompt this month – as the May Full Moon approaches this weekend – is to write a poem about the Moon, but try to use it in a new way.

The Moon lives in the lining of your skin.  – Pablo Neruda