We don’t normally associate love with science. Long ago, it was thought that love was centered in the heart, and that misconception still holds a place in our culture – just take a look around you when Valentine’s day approaches. Later, we found that the emotions of love were centered in the brain and involved chemical reactions in our bodies.

In Sara Eliza Johnson’s poem, “Combustion”, we begin with the science of the body that we can enumerate.

If a human body has two-hundred-and-six bones
and thirty trillion cells, and each cell
has one hundred trillion atoms, if the spine
has thirty-three vertebrae—

When I read articles about scientists studying love, it always seems so cold and dry. For example, when researchers measured hormone levels in young people who reported recently falling in love, they found “that the lovers had higher levels of the stress hormone cortisol than people who hadn’t lately been bitten by the love bug. They also found that the men who were in love had less testosterone than their single counterparts, and the women in love had more. The researchers speculated that falling in love may reduce some of the differences between the sexes, making men softer and women more aggressive.” 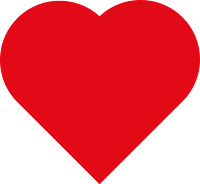 That last piece of scientific conjecture is the most interesting: falling in love makes us more like each other.

Johnson’s poem moves from the facts of the body to the body itself.

When our skin touches
our atoms touch, their shadows
merging into a shadow galaxy.

I don’t think you need to read about the neuroscience of love in order to understand that falling in love and being in love does things to our brain and our bodies.  The challenge of this month’s prompt is to use some science as a way to understand an aspect of love in a new way.

As always, POETS ONLINE offers you the opportunity to submit your poetic response to this current prompt. All submissions that address this prompt will be read and considered for posting on our main site. Before your first submission, you should read some poems in our archive to get a sense of the types of responses people have had to previous prompts. Remember, we will only consider publishing poems that are in response to the current writing prompt.

Published in love, prompts and science