A pilgrim (from the Latin peregrinus) is a traveler. Literally, it is one who has come from afar and commonly it is someone who is on a journey to a holy place. Though we generally think of this as a physical journey, often on foot, to some place of special significance, it can also be other kinds of “journeys.”

A pilgrimage is that journey. At one time, these were alway long trips made to some sacred place. But distances can be covered more quickly today, and the journey can be a metaphorical one and the destination can be into someone’s own beliefs.

There are many places that pilgrims have made their way to for many years: the Holy Land, Lumbini, Kumbh Mela, The Temple Mount and Mecca. There are also places less well known tat individual make pilgrimages to for their own reasons: to the place where they were born or where they grew up, or where there father or mother lived, a poet’s home or…

I know that people also make pilgrimages to a place but really it is to a thing – the Vietnam Veterans Memorial in D.C., a manuscript, a gravesite.

One of the best known books about a pilgrim is John Bunyan’s Pilgrim’s Progress. It is an old text (1678) and a difficult read for most modern readers.

The book is presented as a dream sequence told by an omniscient narrator. The allegory’s protagonist is Christian, an everyman. His pilgrimage takes him from his hometown, the “City of Destruction” (“this world”), to the “Celestial City” (“that which is to come” – Heaven) atop Mount Zion. 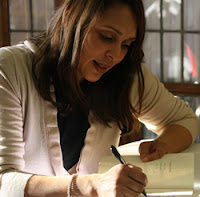 To end 2017, we will write pilgrimage poems this month, and by pilgrimage we mean a journey to a special place or thing, spiritual, if not religious.

Our model poem is “Pilgrimage” by Natasha Trethewey, which is about a journey to Vicksburg, Mississippi.

Her poem incorporates the themes of time, history, and memory as are presented in the first half of her book Native Guard.

Here, the Mississippi carved
its mud-dark path, a graveyard
for skeletons of sunken riverboats.
Here, the river changed its course,
turning away from the city
as one turns, forgetting, from the past—

A kind of pilgrimage that I have made over the years is to the birthplaces, homes and graves of writers. I can’t quite explain what I expect to find in these places, but I really enjoy being in the actual places where writers I admire did their work.

My first pilgrimage was to the gravesite of Stephen Crane. I was born in the same city as Crane. I liked his stories and I liked his simple poems a lot when I was a very young poet. His life was short and tragic. He is buried not far from where I grew up. I went there. I made a gravestone rubbing. I took a photo of myself at his grave.

I didn’t feel his presence there. No ghosts. No mystical experiences. But in some way, it did change how I thought about him and writing. I’ve never written a poem about that pilgrimage. I haven’t determined, even after all these years, exactly what I want to say about it. 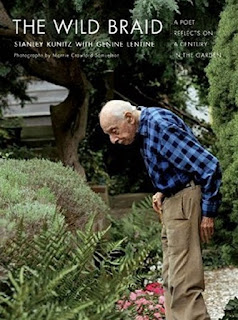 When I spent a week in a poetry workshop in Provincetown on Cape Cod, a few of us in the group wanted to make a pilgrimage to the house – really, the garden – of poet Stanley Kunitz.

We had heard about the garden. We knew it entered into some of his poems. We asked some locals who either protected his privacy, had never heard of him, or gave us rather cryptic directions. But we found it.

His home was modest. A grey shingled cottage on a small hill in the east end. The garden was terraced, built on what was originally a dune that he fertilized with compost and seaweed to have actual soil. As a gardener myself, I felt this connection to him and his poems.

We didn’t see Stanley and didn’t knock or intrude, but it was great to see it.

I eventually met Stanley a few times at poetry readings at the Dodge Poetry Festivals and in Paterson, New Jersey.  Later, I would find the book, The Wild Braid: A Poet Reflects on a Century in the Garden, and also read articles about other Kunitz pilgrims, and I would reread his poems looking for garden references.

If you decide to journey the more traditional religious path in your poem, you can look to some older poems – perhaps, George Herbert’s “The Pilgrimage,” or a more modern poet traveling to an ancient place, such as in “Different Ways to Pray” by Naomi Shihab Nye.  Here is an excerpt from her poem:

Some prized the pilgrimage,
wrapping themselves in new white linen
to ride buses across miles of vacant sand.
When they arrived at Mecca
they would circle the holy places,
on foot, many times,
they would bend to kiss the earth
and return, their lean faces housing mystery.

While for certain cousins and grandmothers
the pilgrimage occurred daily,
lugging water from the spring
or balancing the baskets of grapes.
These were the ones present at births,
humming quietly to perspiring mothers.
The ones stitching intricate needlework into children’s dresses,
forgetting how easily children soil clothes.

Religious or not, journey by foot, car or in the imagination – for December, write about a pilgrimage.