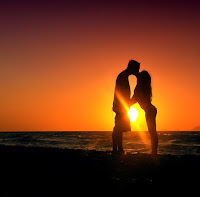 There are many kinds of kisses and many forms of kisses. We get them from birth to death. Though they are generally associated with love and affection, there are examples that are far away from those associations.

In our model poem, “Kissing” by Dorianne Laux, (read and hear the poem read) she examines some of this range.

They are kissing, on a park bench,
on the edge of an old bed, in a doorway
or on the floor of a church. Kissing
as the streets fill with balloons
or soldiers, locusts or confetti, water
or fire or dust. Kissing down through
the centuries under sun or stars, a dead tree,
an umbrella, amid derelicts. Kissing
as Christ carries his cross, as Gandhi
sings his speeches, as a bullet
careers through the air toward a child’s
good heart. 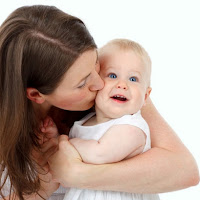 As Laux writes, we probably prefer the “long, deep, spacious kisses, exploring the silence of the tongue” to the “kissing when the cars crash and the bombs drop.”

On her blog, Diane offers as a model poem “When Sex Was Kissing” by Hunt Hawkins which begins:

In high school I was somehow able to kiss
for three hours continuously without consummation.
I still remember the underwater feel of the car,
how the windows steamed, the binnacle-glow
of the dash pointing us forward towards the trees,
the jerky light outside of a diver approaching
the wreck, pointing at this window, then that,
the policeman asking if we were okay. Sure
we were!