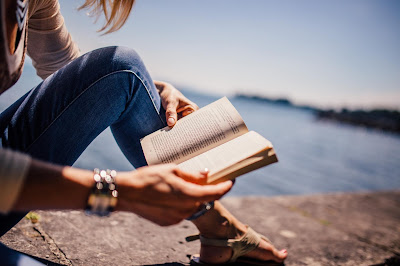 I like finding surveys that say that more people are reading poetry. 28 million American adults read poetry this year according to a survey of arts participation conducted by the National Endowment for the Arts (NEA) and the U.S. Census Bureau. That is the highest percentage of poetry readership in more than 15 years.

“We’ve never seen an increase in poetry reading. If anything there had been a decline — a pretty sharp decline — since about 2002 at least,” said Sunil Iyengar, NEA director of research and analysis.”

The full arts participation report won’t be released until later this year, but they thought the results were too significant not to share early.

Young adults and certain racial ethnic groups account for a large portion of the increase. U.S. poetry readers aged 18 to 24 more than doubled, jumping from 8 percent in 2012 to 17 percent in 2017. Among people of color, African Americans and Asian Americans are reading poetry at the highest rates — which more than doubled in the last five years — up 15 and 12 percent, respectively.

Other notable increased readership groups include women, rural Americans and those with only some college education.

Published in poetry, readers and reading