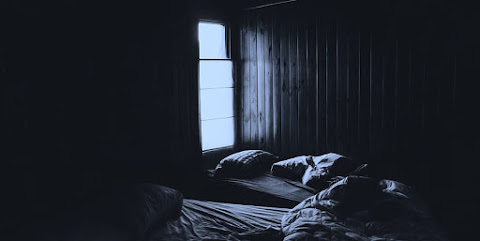 I have been reading and rereading William Stafford’s poetry and prose since I was in college. It was his daily writing practice which inspired my own poem-a-day project in 2014.  It was good discipline and I produced 365 short poems and have continued that project on a weekly basis since then.
One of his aphorisms explains his ability to write first thing every morning and produce something he considered a poem: “A realization: my slogan for writing—lower your standards and go on—applies to living, to getting old.”
Though I created my own short form for my daily writing so that I wouldn’t be intimidated with the task and a form so that I had parameters, Stafford said, “I write short things because no one will listen long.”

For this mini-prompt, I used Stafford’s collection, Passages from Sound of the Ax: Aphorisms and Poems. I chose a handful of them to use. Your prompt is to select one and use it as a line, epigraph or title for your short poem. If you have his book or find others online, use them. Put quotation marks on the Stafford line if you post it here as a comment.

Stafford often started the day and a poem with one of his aphorisms as one of his elements of his daily practice.

An “aphorism” — a freestanding sentence, an idea, a question, a puzzle. Often, William Stafford would next write a sentence that “lifted off” from daily experience to observe a pattern, a truth, an idea, or a private joke (“It still takes all kinds to make a world, but there is an oversupply of some”). This provisional understanding from daily life begins to raise your attention out of the mundane into the gently miraculous realm of poetry. It is your own koan. These aphorisms in William Stafford’s daily writing rarely become part of poems (though some of his poems are built from a series of such lines). Most often, they are little wonders left to resonate as private treasure, threshold, key. A bell has been struck, bringing the writer to attention.

If you write a poem and would like to share it with our online community, post it as a comment below this post. Take note that when you post any comment to the blog (and many other blogs), it needs to be approved before it appears. I’ve noticed that several people have submitted a comment multiple times thinking it didn’t go through. Keep calm and don’t resubmit.
If you’re not familiar with William Stafford’s poetry, I would suggest the collection Ask Me: 100 Essential Poems of William Stafford as a starting place.  Here are some aphorisms to consider – even if you’re not writing a poem.
Every mink has a mink coat.
Believing our way, we find.
The arrow tells what the archer meant to say.
What can’t be avoided must be endured.
Art is first nothing, then something.
Faith is easy; doubt is hard.
My life isn’t what I thought it was. But the world isn’t either.
Many things we think we are leaving are waiting for us.
I’ve got in a lot of trouble in my life by being careful.
The river keeps looking for the perfect stone.
Strange, the best part of a room is a window.
If there is a trail, you have taken a wrong turn.
I hear the clock’s little teeth gnawing at time.
At first, it’s not much of a river.
Visit our website at poetsonline.org