Here’s another short prompt for those of who are sheltering at home this month and might want some additional writing prompts. Our main prompt still holds for the month of April, but these mini-prompts offer the opportunity to post your resulting poem as a comment at the bottom of this post.

Some history: Poets Online began as an email exchange with a prompt back in the 20th century between a group of poet friends. This prompt can be treated as one of the poetry workshop “write for 20 minutes and then we’ll share” assignments. I sent it out via email to some of the original poets who were online and suggested they use a short form like a tanka, haiku, ronka or whatever comes out. 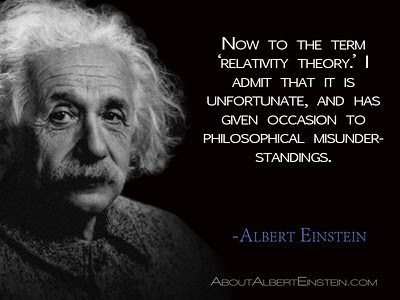 The prompt itself came from a discussion I had with some poets about a poem of mine that referenced the theory of relativity. In 1916, Albert Einstein published his Theory of General Relativity which he began working on shortly after he published his Special Theory of Relativity in 1905. The earlier one is where the famous equation E=mc2 (energy equals mass times the speed of light squared) is found. It explains that both time and motion are relative to the observer. It is not a theory that is easy to understand or explain. One when asked to explain it to reporters, Einstein said “When you are courting a nice girl, an hour seems like a second. When you sit on a red-hot cinder, a second seems like an hour. That’s relativity.”

Write a poem that addresses the idea of RELATIVITY which does not necessarily need to be about Einstein’s theory or science.

Below are several responses that I received to my email prompt. (My own triple ronka response is at writingtheday.wordpress.com)
If you write a poem and would like to share it with our online community, post it as a comment below this post. Take note that when you post any comment to the blog (and many other blogs), it needs to be approved before it appears. I’ve noticed that several people have submitted a comment multiple times thinking it didn’t go through. Keep calm and don’t resubmit.

Covid19 Conundrum
We’re all quarantined. Now fish cavort in
pristine Venetian canals and birds swoop with
glee in clear blue Beijing skies while
we scrub hands and disinfect doorknobs to
obliterate viruses that take our breath away.
– Barbara Whitehill

At Least Today
a triple ronka
The sun shines and we can hike
A relatively quiet area of New Jersey
There are waterfalls, squirrels, families and us
We walk six feet from the others
Freedoms we took for granted quickly disappear.

My mother eats a small turkey sandwich
A successful round of chemotherapy helped to
Fight foreigners that have spread without care
Her esophagus open relatively enough for swallowing
Not clear as a pristine Venetian canal.

In the relatively empty morning blue sky
A red-tailed hawk glides over budding daffodils
Sunday, or perhaps every day now Wednesday
My daughter said, “You often compare one
Time to the next.” It’s all relative.
– Pat Thomas

Relatives
The body produces antibodies to fight foreigners,
but sometimes the antibodies attack the same
body that produces them instead, wreaking havoc
in slipstream ways, causing the body to
spin out of control and, flaming, crash.
– Susan Rothbard